Excerpt from THE CAT, THE CLOWNFISH, AND THE DRAGON

The boy was holding his sister’s hand as the red and white bird began its descent. Analupe’s ears had begun to hurt as they came down out of the clouds. Mateo’s ears were hurting also, but still he held his sister’s hand to comfort her. 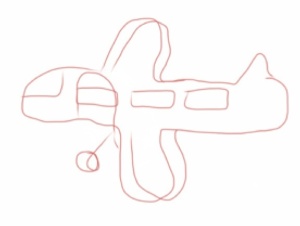 He loved watching the earth rise up to meet them. He especially loved the way his body kept going forward even as the bird slowed down. He was going faster than the bird!

The bird glided gracefully to the ground. The two children unbuckled their seat belts and picked up their backpacks full of sand toys: buckets, shovels, starfish and whale molds, even a miniature water wheel. Their swimsuits, goggles, and swim hats were also in their bags. They were ready.

The brother and sister exited through the open door, looked back, and waved good-bye to the little bird that had transported them so far, so gently. 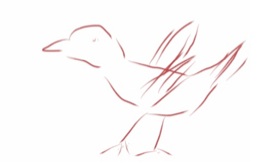 Mateo and Analupe found their way to the baggage claim. The baggage carousel was going round and round.

They imagined the suitcases were animals, black ravens, golden retrievers, grey elephants, and purple peacocks, riding a musical carousel. When their blue and yellow dolphin arrived Mateo allowed it to ride around, one last time, before he helped the dolphin off.

The dolphin suitcase turned into a blue dog wearing a yellow collar.

Mateo held the silver leash as the dog, with his tail wagging, followed them obediently to a bus. This bus will take them to their cousin Sofia and her magical beach house.